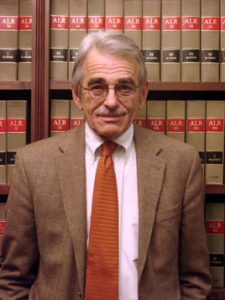 Following a 25-year career as librarian at Harvard University, Attorney James Hodgson returned to an early interest, pursuing a law degree at Southern New England School of Law. He received his juris doctor degree in 2002 and joined Beauregard, Burke & Franco as an associate at that time. He became of counsel to the firm in 2010.

Attorney Hodgson practices in the field of civil litigation.