The Perils of Ambulance Chasers 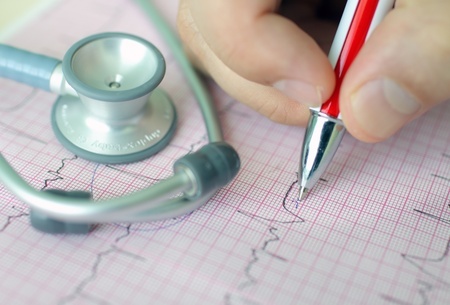 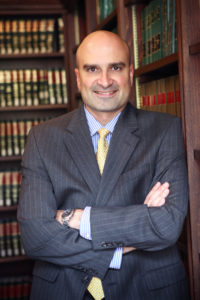 I have noticed a disturbing increase in the number of unsolicited letters and telephone calls being made by law firms to accident victims. These law firms review police blotters to look for auto accidents, and then reach out to accident victims who are identified in the police reports. These contacts can be annoying and confusing, but unfortunately, they are allowed (with a few exceptions). This drags down the reputation of the legal profession and reinforces the stereotype of the ambulance chaser.

I described the law relating to unsolicited contact with accident victims in an article soon to be published by MCLE in its book Ethical Lawyering in Massachusetts. Here is a portion:

The ABA’s views on client solicitation kept pace as its regulatory nature and influence on the profession grew. By mid-century, the means of business-to-consumer communications had become more sophisticated and the number of practicing attorneys (and their ingenuity) multiplied. In 1969, the ABA responded with the ABA Model Code of Professional Responsibility, banning advertising and one-on-one solicitation. “Ambulance chasing,” volunteering legal advice to prospective clients, and handing out business cards at accident scenes, hospital emergency wards, criminal arraignments, or funerals were prohibited.

The ABA Model Code, on the other hand, also spoke of the lawyer’s ethical obligation to assist laypeople in recognizing legal problems and legal remedies. The goal was to assure that legal services were available to all who needed them. Many saw an obvious contradiction between the two positions. The tension was soon tested. In the late 1970s, the U.S. Supreme Court issued three important decisions. First, Bates v. State Bar of Arizona, 433 U.S. 350 (1977) opened the door to lawyer advertising. One year later, however, in Ohralik v. Ohio State Bar Ass’n, 436 U.S. 447 (1978), a classic “ambulance chasing” disciplinary action, the Court left intact the strict prohibitions on direct solicitation. Finally, in In re Primus, 436 U.S. 447 (1978), the Court limited its holding in Ohralik by requiring that states show actual rather than potential abuse in direct solicitation before disciplinary action can be taken against an attorney.

In 1983, the ABA promulgated the ABA Model Rules of Professional Conduct, which take a more liberal approach to advertising and solicitation per Rules 7.1 et seq. The Massachusetts Supreme Judicial Court eventually adopted a form of the Model Rules, with the same format and numbering, effective January 1, 1998. Since then, the Massachusetts rules have been amended several times, with a substantial revision effective July 1, 2015.

Today, Mass. R. Prof. C. 7.1 et seq. of the Massachusetts Rules of Professional Conduct strictly regulate the ways Massachusetts attorneys may directly solicit employment. This is a departure from the narrow interpretation of the ABA rules by the Supreme Judicial Court in In re Amendment to SJC Rule 3:07, DR 2-103 & DR 2-104, 398 Mass. 73 (1986) and later by the Attorney General in In re Holzberg, 12 Mass. Att’y Disc. R. 200 (1995). The 1986 Court ruling (a scant four-to-three majority) prohibited, without exception, all solicitation of legal business for a fee conducted in person, by mail, or by telephone. This sweeping ban extended to family members, neighbors, other attorneys, former clients, and sophisticated potential clients. Since then, the Supreme Judicial Court’s 1986 view has been under near-constant attack.

The present version of the Massachusetts rules has dramatically relaxed the Supreme Judicial Court’s earlier view on direct solicitation. Rule 7.3 removes the ban on in-person solicitations when the person solicited is a lawyer, close family member, or representative of a business (however small), non-profit, or government entity, or has a prior professional relationship with the lawyer. Targeted written communications to prospective clients—apparently not limited to the individuals and groups cited above—need not be labeled as “advertising.” Such communications are only prohibited if the target of the solicitation has made known a desire not to be solicited, the solicitation involves coercion, duress, or harassment, or the lawyer knows or reasonably should know that the physical, mental, or emotional state of the target is such that the target cannot exercise reasonable judgment in hiring a lawyer. The official Comment to Mass. R. Prof. C. 7.3 notes that “it is relevant to consider the times and circumstances under which the contact is initiated. For example, a person undergoing active medical treatment for traumatic injury is unlikely to be in an emotional state in which reasonable judgment about employing a lawyer can be exercised.” The Comment also notes that the reference to the physical, mental, or emotional state of the target is “intended to be all-inclusive of the condition of such person and includes anyone who for any reason lacks sufficient sophistication to be able to select a lawyer.”