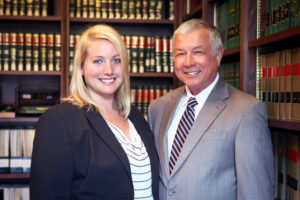 The same sex marriage decision “moves (us) one step closer to being reminded of our impotence.” These are the last words in Justice Antonin Scalia’s dissent, Scalia -father of nine children (God forbid that one be gay).

Joining Scalia in his deep support for procreation, Chief Justice Roberts tells us that it is the state’s prerogative (not the federal government’s) to reward couples who make and raise children in a stable home with the respectability (and assorted other benefits) of being married.

So. . . . recent Supreme Court wisdom is that same-sex fooling around is not constitutionally forbidden, but the dissenters think that same-sex marriage is. How about divorce? That’s always been legal. How about couples who can’t, or refuse to procreate. Do the dissenters believe that they have the federal constitutional right to marry? Who knows?

Aside from other bizarre, but telling passages in the dissents from Roberts (references to Aztecs, Bushmen, etc.) and Scalia (attributing hubris and egotism to the 5 Justices in majority), we see incoherence, rambling, anger and (sorry) prejudice plainly evident in the Roberts/Scalia’s opinions.

I am befuddled how Justice Scalia can reconcile his Obergfell dissent with his past decisions and opinions. Scalia posits that the majority in Obergfell ignores the will of the voters and puts what should be a democratic decision into the hands of the court, eg, improper legislating from the bench.

If the will of the voters does not comport with what Scalia’s own political preferences are, however, he seems to be perfectly happy to try to overturn the will of the voters – such as in his position asserted in an attempt to overrule the Affordable Care Act (passed by voters), or when he agreed with the majority in the campaign finance case, Citizens United, that the voters could not limit a corporation’s use of its treasury in political advocacy.

Let us not forget that Scalia stated, when agreeing with the conservative majority of SCOTUS to strike down the Voting Rights Act that was passed by Congress in 2006 because they found that the USA no longer needs to be concerned about past discrimination against African Americans, that Scalia said “whenever a society adopts racial entitlements, it is very difficult to get out of them through the normal political processes…unless a court can say it does not comport with the Constitution.” Where, Justice Scalia, was that prudence when it came to protecting the constitutionally protected marriage rights of the LGBT community?