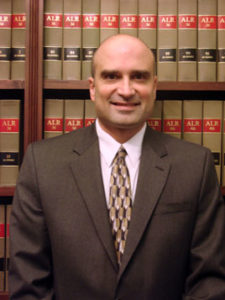 Attorney Franco actively practices in the state and federal courts of Massachusetts. In addition to his trial work, he has handled appeals in the Appeals Court, the Supreme Judicial Court, the U.S. Court of Appeals, and the U.S. Supreme Court. Attorney Franco has handled complex cases of serious bodily injury, wrongful death, professional malpractice, and insurance coverage, including a bad faith settlement case that resulted in a judgment of more than $4 million.

In 2017, Attorney Franco was appointed to a three year term as Hearing Officer for the Board of Bar Overseers. He was re-appointed to a second three year term in 2020. The BBO is an administrative agency established to investigate and evaluate disciplinary complaints against attorneys practicing in Massachusetts.

In addition to his work at BBF, Attorney Franco joined Case Closed Dispute Resolution in 2021. He is available to help parties find a creative solution for their disputes through mediation and/or arbitration. If you would like to work with Attorney Franco as a mediator or arbitrator, you should contact Case Closed at caseclosedadr.com.

Attorney Franco is coauthor of chapters in the MCLE books Massachusetts Motor Vehicles Torts, Massachusetts Tort Law Manual, and Ethical Lawyering in Massachusetts. He is past president of the Board of Trustees for the Zeiterion Theatre in New Bedford.