Can the Constitution Trump Bigotry? 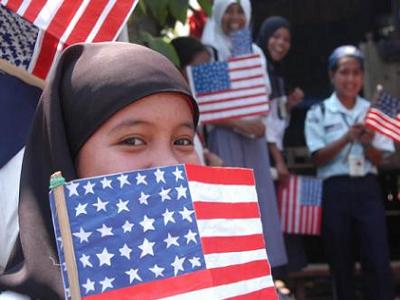 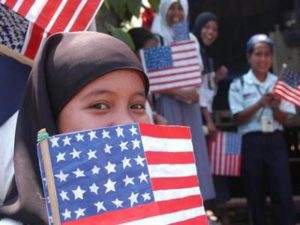 Republican Presidential candidate frontrunner (maybe not here in Southcoast Massachusetts) Donald Trump recently proposed to bar Muslims from entering the United States. Typically one’s gut instinct to immediately dismiss such crazy talk as the ramblings of a madman is spot on. But, with Trump’s popularity making it a real possibility that in about a year he’ll have the power to at least attempt to put this plan into action, the constitutionality of this proposal deserves a closer look.

There are three branches of our federal government: executive (President and his crew), legislative (Congress and Senators), and judicial (federal courts). The US Constitution tells us what branch is allowed to do what when it comes to laws in our country. The legislative branch is supposed to make the law. Would this be legal? First, there is a ton of leeway under the Constitution to make immigration laws as restrictive as they want. Second, as most of us saw played out in the post 9/11 controversies regarding whether it was ok for non-US prisoners to be subject to torture, wrongful detention, etc., the rights afforded to US citizens by the Constitution that may be in play to say hey, you can’t discriminate based on nationality/race/gender etc. do not extend to non-US citizens, eg, immigrants.

The SCOTUS case law on the books that would suggest such a law is ok is the one that sanctioned the internment of American citizens of Japanese descent during World War II. Trump may be able to do this on his own without even involving the legislature because, while the legislative branch typically is the one that is supposed to make the law, the Constitution gives the President some law/policy-making power under certain circumstances. One major area is when it comes to foreign countries and people issues, especially in times of war or conflict. The internment of Japanese citizens in the US was effectuated by an executive order from President Roosevelt.

But it took the Court a long time to get it right on gay marriage. If we don’t want to exclude Muslims from entering the US, the safest course here, in the chance that Mr. Trump is elected, would be to promptly pass a Constitutional Amendment that explicitly bans this proposal to ensure our beloved Constitution trumps Trump.